Interesting Research Results: Games Have A Positive Effect On Students

Video games have become a staple part of the lives of most students, with the children and teenagers who play them, claiming that gaming is a fun way to relax and hang out with their friends online. Despite what students have to say, many parents, teachers, and healthcare experts have expressed concern towards the growing gaming trend that only seems to step up each year, owing to the advent of better technology, like HDMI 5 and virtual reality machines. 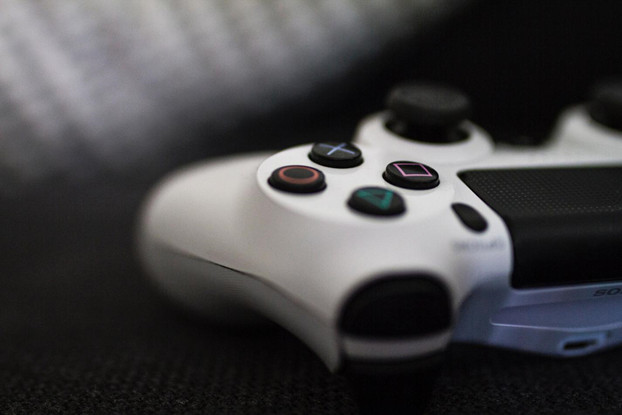 However, while all those concerned certainly do have some valid points, the argument reaches much deeper and begs a chance to prove that the truth is far from what we think it is; video games aren’t as bad as we may think.

Below is a list of arguments that highlight the positive impact of video games:

The list of video games’ positive effects begins with how such games impact the educational life of a student. Research has revealed to us that video games improve a person’s ability to focus; the focus is an important asset when it comes to classroom tasks, giving video games the potential to become an essential tool in the system of education.

Furthermore, video games can improve a child’s analytical skills. This is a result of games like The Legend of Zelda, Portal, and Death Stranding, which demand players to assess their surroundings and act accordingly critically. Critical thinking is vital in any scenario, especially inside the classroom, and the fact that video games support such development is what makes them so brilliant.

In addition to this, some video games have been developed by educational institutions. An example of such a game is Supercharged, in which players must navigate their way through magnetic fields and make their way through advances mazes.

Younger children don’t always enjoy reading, and many of them run away from it. However, video games encourage screen reading; when gaming in the form of instructions or instant chatting. Even though some children may not be too keen on reading, they will have to if they wish to succeed in the game. As a result, those children who game end up having more refined reading abilities than their peers who don’t enjoy reading nor play video games.

Visuospatial Skills refer to a person’s ability to identify visual and spatial links among objects. Scientists now believe that gamers have better-developed brains, which increase their visuospatial ability.

Recent advancement in research conducted at the University of Rochester shows us that of individuals aged between 18 and 23, those who played video games regularly were significantly better at noting subtle changes in the environment, attitude, and similar things as compared to non-gamers within the same age group.

This is because those who have been playing video games for years, or even a couple of months, have developed a Keen eye and are always on the lookout for change. They pick up this skill when playing games, especially ones that demand a keen eye like the Assassin’s Creed series and Half-Life.

Students who regularly indulge in gaming often have a better decision-making ability than their peers. Some video games demand players to think on their feet and choose the best course of action; over time, this develops into an essential and useful skill that individuals can apply in their regular lives.

The ability to make decisions is vital; it is a life skill that will accompany you through childhood, adulthood, and beyond. In addition to being able to make decisions in time, gamers also learn to accept the results of their decision, no matter how positive or adverse it may be. Video games teach children to be patient and learn from their mistakes.

Acceptance is a virtue, and those who have it always end up being more successful in life than those who have a hard time accepting failure. For this reason, too, video games should be encouraged in students instead of banned for good. Even violet games, though not the best example, offer the development of such important values.

Attention and focus are essential if you want to do well in life, and new research proves that video games help us improve on these areas. There are multiple branches of the attention tree, and gaming bears a significant influence on most of them. For example, regularly playing video games has shown improvement in the brain’s sustained attention and selective attention.

Furthermore, the sections of the physical brain that are linked to attention show signs of maturation in students who game. In fact, children with ADHD also work well in videogame conditions and find it easier to focus on these fictional online realms than in real life. This discovery has shocked psychology researchers and begged the following question: can video games help treat ADHD?

Gamers are often required to keep track of events and happenings that take place throughout their game. They just follow and remember the storyline if they are to succeed. For this reason, continuously playing video games can improve memory skills and the sharpness of the mind.

As you can see, there are many proven benefits associated with gaming that can benefit students in the long run.