Have you played and enjoyed any of those Ubisoft titles?

Are you excited for that list of upcoming Ubisoft games?

If you answered those YES to those two questions, you need to take action now because Ubisoft is under threat of an hostile takeover bid by Vivendi. You may have seen the headlines and news stories on this subject stretching back many  months, however things are really hotting up now, with only a matter of days to go until a crunch meeting.

On the last day of this month, the 30th of September 2016, Ubisoft’s annual general shareholders meeting will be held, electing a Board of Directors that may change the course of the company’s history forever.

A hostile takeover is the acquisition of one company (called the target company) by another (called the acquirer) that is accomplished by going directly to the company’s shareholders or fighting to replace management to get the acquisition approved. from investopedia

Why is this bad for Ubisoft?

Here’s how Ubisoft express the dangers of loss of independence

Over the past 20 years, the value of Ubisoft has been multiplied by 18. Over the past 10 years, the revenue has almost tripled, and net results more than quadrupled. Ubisoft built this success through determination and with consistency, leveraging its core strengths: agility and responsiveness, independence, and its unique capability to foster both creativity and technological innovation.

It’s in this context that in 2016, a new shareholder started buying Ubisoft stock, became its largest shareholder, and expressed its potential intention to take control of the company, without paying the premium that other shareholders should be entitled to. This control over Ubisoft could create conflicts of interest, disrupt existing or future partnerships, jeopardise Ubisoft’s strong growth momentum, and as a result could have a negative impact on shareholder value.

Why is this bad for gamers?

Believe it or not, even though Ubisoft is a 2.9 billion Euro company, it is a family business, founded by five brothers 30 years ago. Today it has 10,000 staff spread across many studios across the globe. I’ve been to one of those studios, and I’ve met the brother that drives Ubisoft’s gaming division – CEO Yves Guillemot. The major takeaway for me? That Ubisoft are passionate about games – it’s as simple as that.

What can I do?

You can pledge your support for Ubisoft, and that great list of games they have produced and are still producing by joining in with the We Love Ubisoft movement.

Ghost Recon.net is proud to be a member of the Breakfast Club, the group of gamers that the CEO of Ubisoft took time to meet, greet, and talk gaming with, over breakfast. 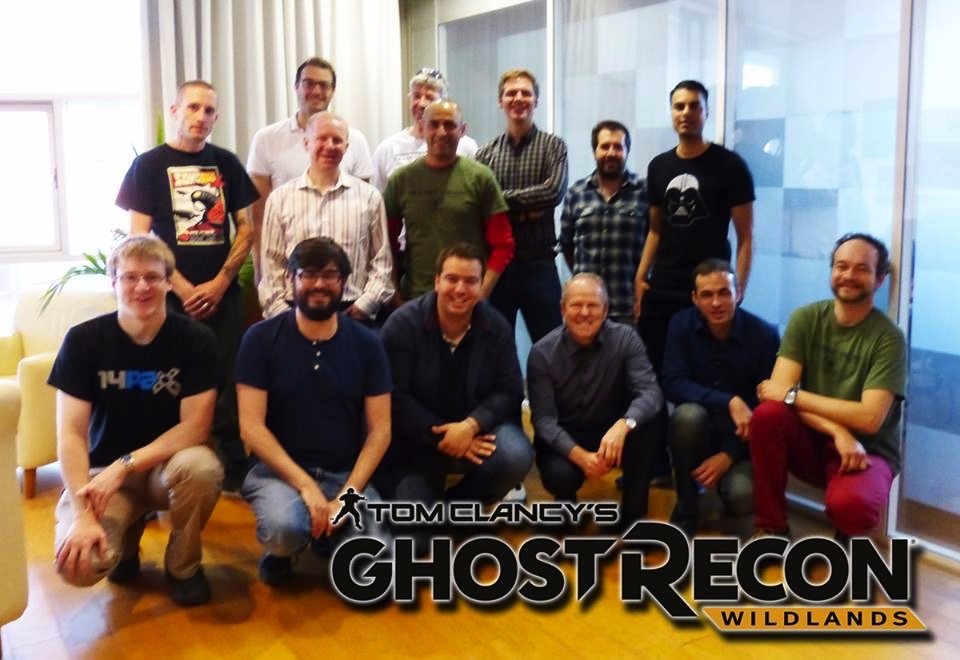