The Tom Clancy-inspired Ghost Recon series traces its roots back to 2001 with the latest iteration, Ghost Recon Breakpoint, released in 2019. In October, Ubisoft, the publisher of the Ghost Recon series, announced that Ghost Recon Frontline would be the new title but that it would be an entirely new entity. The massive explosion of the multiplayer online battle arena (MOBA) has caught the attention of the publishers and they intend on making a big splash with GR Frontline.

The game will be available on PC, Xbox Series X, Playstation 5, and older consoles. Expedition mode will feature up to 34 teams of three players each that will engage in the typical battle royale shooter genre that has caught fire. The release date has not been announced but rumors are that it will drop sometime in late 2022. And when Ghost recon Frontline is released, there is also talk that it could make the prize money tournament rounds that have become so familiar with esports.

Due to the enormous popularity of esports as a whole, even the best online sportsbooks are dealing odds on the major event tournaments. If you read a BetOnline review you will find this elite sportsbook routinely offers odds on esports tournaments. Esports has become big business due in part to the COVID-19 pandemic that ironically proved to be a boon to the video game market. As traditional forms of recreation were shuttered and quarantine measures were taken, demographics that would not normally gravitate to the esports market were looking for any port in a storm.

Well, they certainly found it and although the thaw of the global pandemic has arrived, many of those newbies have decided to stay. The social interaction has as much to do with the allure of esports as the competitive side of it and, as a result, the market has never been bigger and is expected to continue to grow for the foreseeable future. 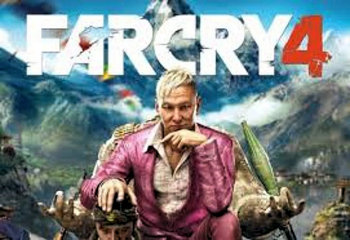 Dan Hay, the senior producer at Ubisoft and the content creator of the Far Cry series, has parted ways with the video game publisher. The announcement from Ubisoft was as follows:

“After more than 10 years at Ubisoft, Dan Hay has announced that he will be pursuing a new chapter in his professional life and he will be leaving on November 12. Dan has been the Executive Director of Far Cry and has developed an incredible multi-disciplined team to produce what has become one of the most popular games in Ubisoft’s history. While Dan has not announced where his path is taking him, we are confident that it will offer him the new challenges and experiences he seeks and deserves. We thank Dan for his many contributions over the years and wish him all the best for the future. In the interim, the brand team will be led by Sandra Warren in Montreal as well as a highly capable team of producers and directors, in addition to continuing its collaborations with a number of other studios around the world.”

And although exactly what Hay will be doing as he turns to the next chapter of his life, he will have his choice of studios to join if he so chooses. There is also speculation that he will open his own studio and create a unique brand that would produce video games similar to those he worked on at Ubisoft.

Hay’s most important work has been the Far Cry series and its latest iteration, Far Cry VR: Dive Into Insanity, was released in June of 2021. It should be noted this is not a VR game that can be played at home. It must be experienced using Oculus Quest or Valve Index headsets at a location specifically designed for virtual reality free-roaming games is also mandatory.

Far Cry VR: Dive Into Insanity is much more shooter intense than the others in the series but it also employs virtual reality which also makes it a different animal. As far as the graphics go, it’s virtual all the way and it gets quite intense.

The emphasis is on shoot to kill while the strategy we have seen in previous editions is not nearly as emphasized. It can be played with as many as eight people and the backdrop is a tropical island in which you and your friends must make your way out of by fighting pirates that have held you captive.

The next chapter in the Far Cry series is as yet, untitled, but it will be a live service game and one that will be without the unique talents of Dan Hay. Although it remains in development, it has been compared to Assassin’s Creed Infinity. Therefore, that comparison implies it will be a paid experience and not one that is free to download like so many we have seen over the last several years.