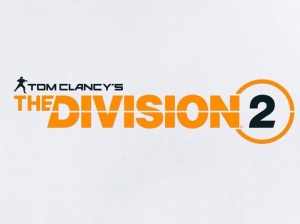 Ubisoft has established a reputation as a prolific producer of popular gaming franchises, acclaimed for a range of series including Assassin’s Creed, Far Cry and Tom Clancy’s. Ubisoft’s 2018 probably paled in comparison to a 2017 that saw the releases of hits like Assassin’s Creed Origins and Ghost Recon: Wildlands. Here are three games announced for 2019 that could give Ubisoft a strong start to the year.

As is so often the case, Ubisoft chose to announce this game at the Electronic Entertainment Expo (E3) in 2018. E3 is one of the most well-known gaming conventions in the world, with Ubisoft just one of the huge names that use E3 as a platform to give fans a preview of what lies ahead. Ubisoft used their press conference to announce a plethora of new games, many of which have since been released but some of which lie ahead in 2019. Tom Clancy’s The Division 2 is one that fans have been keenly waiting for, with that wait having to extend to March next year.

With the Rainbow Six series dormant since 2015 and Ghost Recon receiving a relatively recent instalment in 2017’s Wildlands, it is The Division series that will provide one of Ubisoft’s leading games to arrive in the first half of 2019. Fans of Ghost Recon: Wildlands will be hoping that a sequel is announced in 2019, but history would suggest that such announcements will wait for next year’s E3. Until then, fans will have to be content with Wildlands DLC.

Ubisoft has received criticism in recent years for producing similar games under different titles. Whether you believe that to be a valid criticism or not, nobody could deny that Anno 1880 is markedly distinct from much of Ubisoft’s recent catalogue. This city-building strategy video game will be released on PC in late February, marking the seventh instalment in a series that commenced in 1998.

The two previous Anno games took players into the future, but Anno 1800 dives back into the past in a way that will please fans of the Civilization or Age of Empires series. Anno 1800 transports players to the advent of the Industrial Age, with users able to construct their cities either in the campaign or sandbox mode. 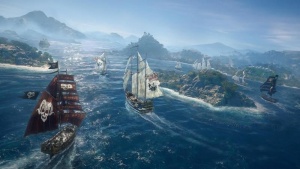 As with many Ubisoft games, Skull & Bones uses an open world environment. Early signs suggest that it could enthrall players for much of 2019. The game focuses on piracy, with players taking control of a pirate captain in a third-player perspective. As you might expect with pirates, this inevitably leads to decisions on choosing a crew and finding loot.

This is the first game led by the Singapore division of Ubisoft, reinforcing the global scale of the company. The game itself may sound familiar to those who played Assassin’s Creed IV: Black Flag, with Skull & Bones’ naval battles rumored to be influenced by the Assassin’s Creed instalment. Fans will be hoping that it distinguishes itself in offering a new take on life on the high seas.

These are just some of the games already announced by Ubisoft, but fans can expect many more to be announced during the year. In particular, the E3 Expo should be penciled in diaries of those keenly awaiting other Ubisoft instalments. It will be interesting to see what series will be receiving new additions in 2019.