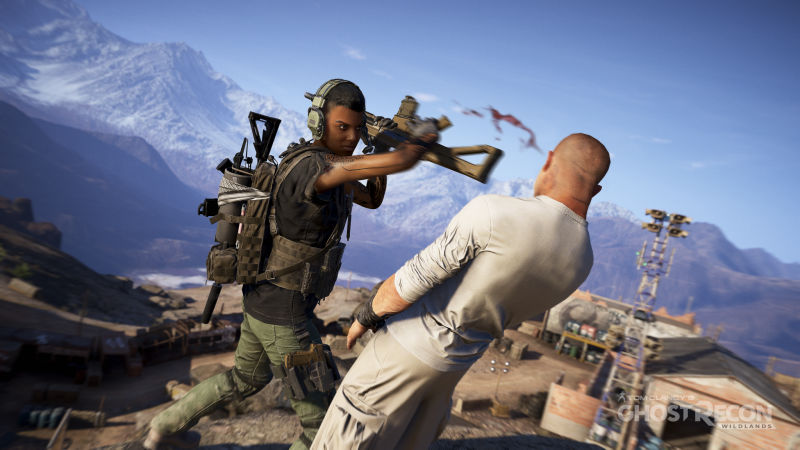 October 10th, 2017 was a great day for Ghost Recon: Wildlands players. It was the day that the free update was released giving players access to the awesome PvP competitive multiplayer mode. Many had already tested the beta version back in September, but now it was official—players could test their survival skills in what would become known as one of the greatest team deathmatch modes the world had ever seen.

Months later, players are still figuring out how to become the best they can be and how to contribute to what is essentially a team game of communication and coherence. Ghost War is a mode that is team-based at its very core. You need to rescue and heal teammates, pick out a healthy team composition, and work together to beat the opponent with brains as well as brawn.

For a team to function at a high level, every individual within it must be working to the best of their ability. With that, here are a few strategy tips.

It’s been said a million times before, but Ghost War is not COD! Ghost War demands tight and patient play. Engaging someone from 200+ metres away with a sub-machine gun is never effective play. It reveals your position and weakens your team, while rarely leading to a kill. Be tactful about where and when you pull the trigger, and engage forcefully and intelligently for effective combat.

In Ghost War, the opponent’s location is the key piece of information that can lead to victory. Use drones and binoculars to constantly scout for enemies and engage your senses to watch and listen for signs, from the sound of running to movement in the shadows. Any information gained in Ghost War will help your team out, too!

Playing strong and steady is crucial. You have to be patient in Ghost War, and as we mentioned earlier, only engage when you have the upper hand. But that doesn’t mean you shouldn’t get creative and outmaneuver opponents. Flanking forces enemies to make mistakes and lose their grip on their position.

Outmaneuvering opponents usually requires a little bit of bluffing or a fancy play to trap them. In Ghost War, it usually means going around the sides or back to gain ground and kill enemies.

In Ghost War, some players seem to quit when they feel like the situation is hopeless. If you do this, your stats are still affected and it still counts as a loss. But much worse, your whole team suffers and will be more likely to lose without you. Even when all seems lost in a 1 v 4, don’t play for the draw. It’s boring and uninspiring and not always the best option. Take an overwatch position and kill one enemy in the hope of drawing out the other two. Be brave and play for the win!