Ghost Recon Breakpoint: Everything We Know So Far

While many gamers are still enjoying the new mods released for Wildlands, the good news is that we don’t have to wait too long for a whole new slice of GR action.

Ghost Recon Breakpoint is scheduled for release across the US, Canada and the rest of the world in October 2019, with Ubisoft Paris on production duties and Ubisoft HQ overseeing the publishing.

This is the eleventh game in the series, and from a narrative perspective will take place four years after the end of Wildlands. There are lots of familiar faces, on both sides of the divide…

Thrown to the Wolves… 🐺

This time the action unfolds on Auroa, a fictional island in the middle of the Pacific Ocean, which is home to a military contractor called Skell Technology. Their AI drones have fallen into the hands of corrupt government regimes, and Nomad – who you will remember from Wildlands – is sent to investigate.

The team at Ubisoft have already confirmed that Auroa will feature the largest open world environment of any Ghost Recon title so far.

The usual array of land, air and sea vehicles can be used to negotiate the terrain, while the various landscapes can be used strategically within your missions. From free-running down rocky cliff faces to using mud as camouflage, it appears as if Ubisoft have re-written the rulebook when it comes to high octane stealth gaming once again.

The island has been designed to be rich with a variety of different aesthetics. There’s ‘wetland’ areas which present their own difficulties and opportunities, forests, mountain ranges and even a live volcano. 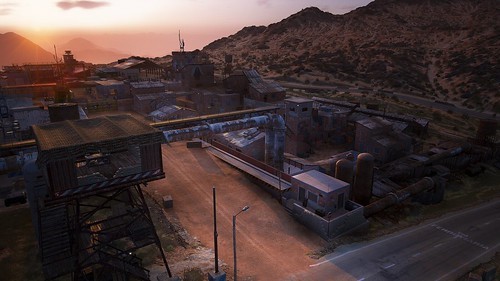 Details on urban environments and bases are a bit sketchier, and we are yet to find out if Breakpoint will feature a series staple: the casino. Rainbow Six: Vegas was naturally packed with them, while the mission in Wildlands where you had to blow up the slot machines in the casino was one of the most satisfying in the game.

If that makes you long for some casino action, you can always try your luck on the reels of an online casino as we wait for the October release of Breakpoint (unless you’re too busy trying out the new mods in Wildlands that is!). Many of these have stacks of games and accept a range of payment methods, as you can see from this full list of sites that accept Interac.

A New Way to Play

The developers have confirmed that they listened to player feedback from Wildlands, and have incorporated several elements into Breakpoint.

So you can now carry teammates and bodies on your shoulders, allowing you to revive squad members safely behind cover or hide corpses to avoid detection from roaming guards.

There seems to be a much deeper emphasis on mere survival this time around. If you take punishment during a gun battle then you actually carry those injuries with you, with Nomad noticeably limping and struggling to aim his gun accurately.

Players have the choice to build bivouac shelters and camps to recover from injuries and stock up on supplies, while regular weapons checks are required to avoid misfiring. Having to manage your sleep, hunger and thirst is another element that adds extra realism to Breakpoint.

All of the hands-on reviews of Breakpoint we have read have been overwhelmingly positive, and that just whets the appetite even more for the next title in the Ghost Recon series!