The Best-Selling Call of Duty Games of All Time

When most people think of first-person shooter games, the Call of Duty franchise is likely to be one of the first titles that spring to mind. As a video game powerhouse and one of the highest-grossing gaming franchises of all time, the series has produced some of the best-selling video games of all time. 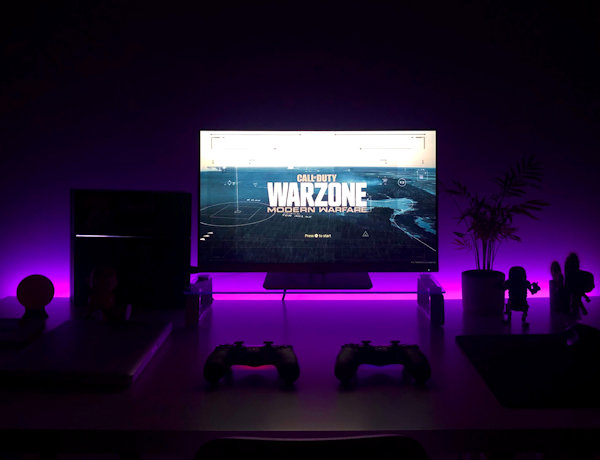 2022 saw the newest installment to the franchise delivered to our games library, and what an installment it is. Call of Duty: Modern Warfare II was released on October 28th, 2022, and is available on PlayStation 4, PlayStation 5, Windows, Xbox One, and Xbox Series X/S.

The game is a sequel to the Modern Warfare reboot, which was released in 2019, and it has become the fastest game in the franchise to reach $1B in sales. COD: Modern Warfare II is a real joy ride – an exciting experience for thrill seekers, especially those who play slot games here: https://www.slots.lv/. The game is available in both the campaign mode and online multiplayer. The campaign follows Task Force 141 and Mexican Special Forces as they attempt to Iranian terrorist Hassan Zyani in his tracks.

The Call of Duty 4: Modern Warfare, available for both Xbox 360 and PlayStation 3, prominently features the beloved character “Soap” MacTavish. The game is so well-accepted by millions of fans worldwide, that it’s scarcely believable that the modern branch of the franchise was released over 15 years ago, but the reboots have certainly done the originals proud.

With the success of the recent release, we thought we would take a look back through history and honor the franchise. Here’s a look at the five top-selling Call of Duty games of all time and why they’re so successful.

Call of Duty: Modern Warfare 2 is the best-selling Call of Duty game in the franchise’s history, with over 30 million copies sold. Its compelling story and intense gameplay make it one of the most celebrated shooters of all time.

The game features a gripping single-player campaign and fantastic multiplayer gameplay, which has become a staple of the Call of Duty series. The game’s multiplayer mode quickly became the most popular online shooter, with the launch of massive esports tournaments such as the Call of Duty XP event.

The blockbuster Cold War-era shooter lived up to its predecessor’s legacy, and it’s no surprise that it’s the second best-selling Call of Duty game. The game tells an intense story set during the Vietnam War and introduces a range of new game modes and online play.

It was hailed as one of the first great online shooters, and its multiplayer gameplay was a hit in both competitive and casual gaming scenes. As a result, it became the poster child for esports, with the Call of Duty World League being established shortly after its release.

The third installment of the Modern Warfare series had huge shoes to fill, but it didn’t disappoint. Building on its predecessors’ success, Modern Warfare 3 was an explosive shooter with loads of action-packed campaigns and even more multiplayer mayhem.

The game continues to be one of the most popular competitive shooters, thanks to its deep and engrossing gameplay. It was also featured as the official game of Call of Duty XP 2012 and 2013, solidifying its status as a classic shooter.

The sequel to the popular Black Ops was an even bigger hit, with over 28 million copies sold. It tells a thrilling story set in the near future and introduces a range of cool game modes, including the fan-favorite Zombies mode.

Black Ops II also featured a highly competitive multiplayer mode that drew in fans from around the world. It was one of the first games featured in the Call of Duty Championship tournament and continues to be a popular choice for teams today.

Call of Duty: Ghosts is the fifth best-selling Call of Duty game, and it brought a host of new features to the series. It took the franchise into the near future with a visually stunning outer-space setting and introduced several innovative new game modes.

The game’s multiplayer mode was groundbreaking, featuring some of the best competitive shooter gameplay on the market. It was also the first Call of Duty game to feature cross-platform play between Xbox and PlayStation, allowing gamers to compete against each other regardless of their platform.

There you have it: a list of the five best-selling Call of Duty games of all time. From Modern Warfare 2’s intense single-player campaigns to Black Ops II’s exciting Zombies mode, each of these games has left its mark on the gaming world. With new games continuing to be released in the franchise, the legacy of Call of Duty looks set to remain as strong as ever.