Taking a Break from Ghost Recon

Relax soldier, we are not going anywhere. The “break” we are taking is to reset our mindfulness!

Playing twitch fast reaction games can really put a strain on your brain, and depending on which Ghost Recon mode you are playing, it can be just a stressful as it is enjoyable and rewarding. If you come out of a Ghost Recon gaming session and feel refreshed, rewarded and rejuvenated, then good for you – you might not need this tip. On the other hand if you have just thrown your wireless mouse across the room, then remembered it was not wireless and you’ve just watched it whiplash right back into your monitor screen, then you might also find some relief in what I did for a break.

Mindfulness is important for everybody, and playing games that help achieve mindfulness goals is not something new, but rather than play a computer game, I decided to search out games of my youth. You know, those games that didn’t require a processor other than your mind! Before I reveal which game I settled on, I want to share a few important points about mindfulness that all gamers should acknowledge to stay healthy.

So how do we achieve a state of mindfulness?  I found it by relaxing with a game from my childhood that I could play at my own speed, leave it and pick it up again when I wanted to and not feel any pressure while playing. What is this mystery game? It’s the card game solitaire, also known as patience. Originating from Germany, patience originated sometime around 1765 and is still played today! I found it on a website which saved me from having to go and find a pack of cards, so I can play it online without the stress of wondering if a card is missing and without having to find a space to play it on, for more information click here. 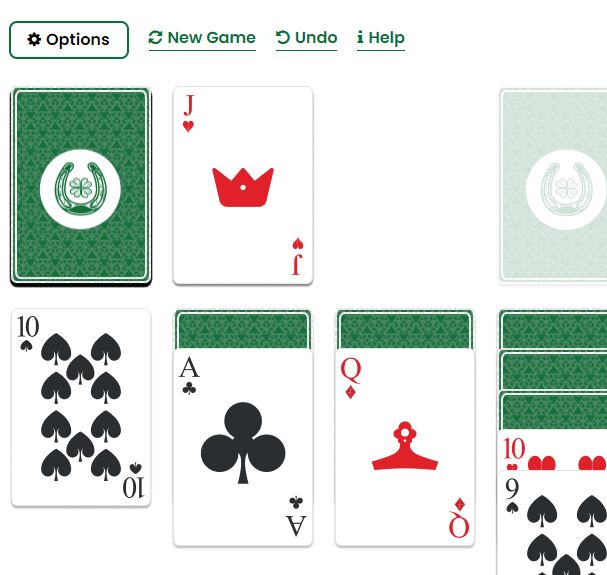 It really is relaxing to play and an absolute breath of fresh air compared to modern games. I probably have not played Solitaire for over 20 years, maybe 30! But I remembered how to play this game instantly, it was like riding a bike. On the site I found, the Help button explains how to play, if this game is new to you. I did make a couple of silly mistakes in the first game, but by game 2 I was making slick moves and relaxing into it.

That odds of winning a game of patience are around 80%, so this is definitely higher than a Ghost Recon PVP game, at least in my case! It is also a good indicator that this is a feel good game. So try it out, be mindful and relax!