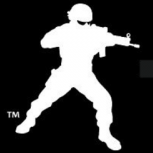 By Proximity_13,
February 20, 2018 in The Video Gaming Industry Discussion