AOG Army-OF-Ghost Still alive and kicking 68.38.67.233 Dedi ALL Mods even the hard to get SK Mods found at www.aogrecon.com 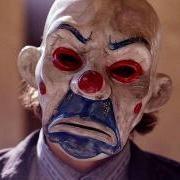