Although fans of the Tom Clancy franchise are currently enjoying close quarter shooter Rainbow Six Siege, it does lack a single player campaign – not something that Ghost Recon Wildlands has to worry about according to the latest information on the official Ubisoft Wildlands forums.

There is a rich, immersive co-op campaign that can be played alone, offline with 3 AI.

When I was in Paris a few months ago with Dominic Butler, Lead Game Designer, and Nouredine Abboud, Senior Producer on Ghost Recon Wildlands, there was much talk on the importance of a solid single player experience, with an emphasis on team tactics. While exact details of the features that will be available to control the AI during the campaign missions has not been released, this latest info from UbiKeeba is a step in the right direction for single player and co-op Ghost Recon fans.

What we are excited for now, is more detail on the level of AI control that will be available during the missions. The original Ghost Recon had a great feature set that included:

– Rules of Engagement (hold/react only/engage anything that moves)
– Set area of interest
– Set paths (using map overlay as in Ghost Recon, or point and click on landscape as in GRAW)
– Set character speed (stop/walk/run)
– Soul switching. For the love of tactical gaming, do not end the mission if Ghost Lead dies (like in GRAW). 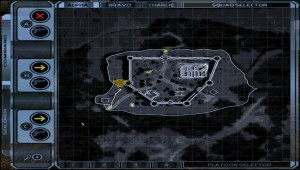 In this screenshot from the original Ghost Recon you can see Squad A’s path has been set, they are currently instructed to hold (the red X), and they have been instructed to scan the area to the North (yellow cone). These features, used in combination, provided an accessible, easy to use, on the fly system to enjoy full control over your AI squad – it was superb.

If you agree that all or some of these features should make it into Wildlands to ensure a quality single player experience, let us know in the forums here!