When Ghost Recon Phantoms launches on Steam April 10th 2014 it’ll include brand new features never seen before during the beta period. These will include a ModMaster weapons customisation tool, and a new matchmaking system. Full Press release below!

London, UK – March 28, 2014 – Today, Ubisoft announced several upcoming changes coming to Tom Clancy’s Ghost Recon Phantoms including matchmaking, new customization options and improvements in the game experience for new users. These alterations will be available on April 10 when the game launches on Steam and PC.

Simon Davis, lead designer for Ghost Recon Phantoms at Ubisoft Singapore explained that the team overhauled the previous matchmaking system to create a system that does not only take into account the players’ skills but also their equipment performance when creating teams. This long-awaited change is designed to prevent situations where players are matched unfairly against opponents, resulting in an imbalanced gameplay experience.

Ghost Recon Phantoms will go live with the new ModMaster system and weapon camouflages on April 10. Current variants will be removed from the store and replaced by a unique fully customisable model of each weapon. “We wanted to find a way for players to differentiate themselves on the battlefield and create weapons that fit their style, so we created ModMaster to put that power in the hands of our players. This new system is also more cost savvy for players and creates more than half a million weapon configuration possibilities including fire rate, handling, scope and ready-time decisions,” explained Davis. Weapon camos will enable players to customize the skins of their weapons. The first 10 weapon camouflages will be available the day of launch and new camouflages will be rolled-out on an ongoing basis.

To ease new players into the game, the new user playlist has been extended from level five to level eight. Additionally, the first two tiers of weapons will be removed, permitting new users to directly access more powerful weapons to work on their combat skills.

On the Ghost Recon Phantoms forums, Ubisoft announced that all weapon prices will be significantly reduced. .

Click here for more information on the changes coming to the game when it becomes Ghost Recon Phantoms: https://www.youtube.com/watch?v=G6ZLqOpEWuI

For the latest news on Ubisoft collectible merchandise, please visit and like the page www.facebook.com/ubicollectibles. 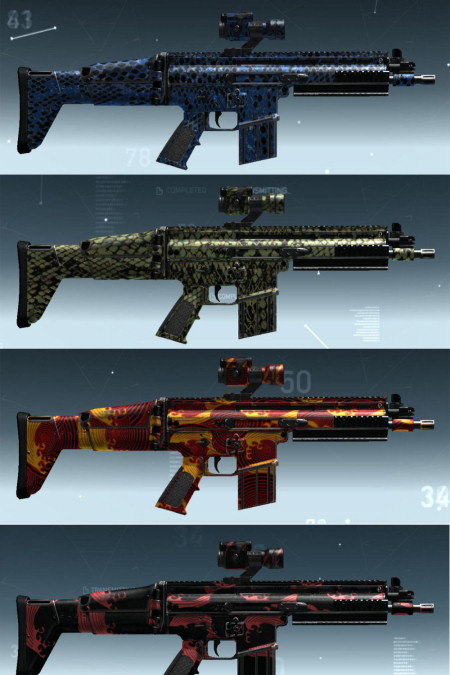