Unless you’ve been under a rock since E3 2015, you’ll know that Ghost Recon Wildlands is going to be an open world tactical shooter, offering gamers an expanse previously unseen in the Ghost Recon series. With “open world” being a bit of a buzz word in the gaming industry lately, we thought we’d take a look at Ubisoft’s latest open world game – Far Cry Primal. Of course it helped they sent us a copy as part of the Ubisoft Star Player program, we won’t let this flavour our review of course! 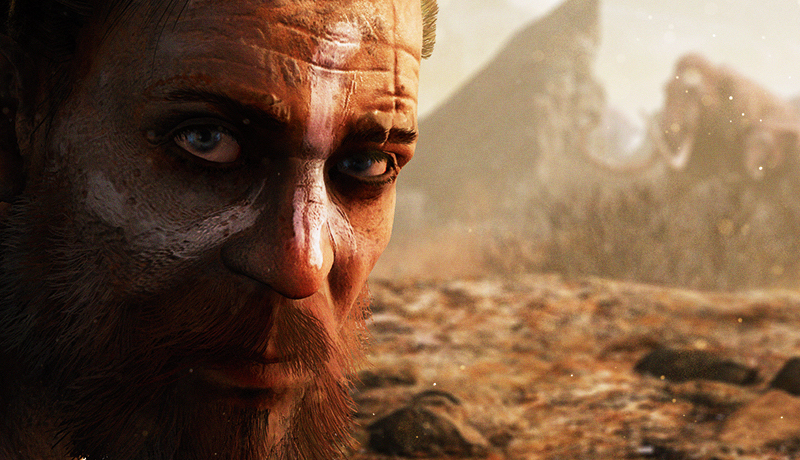 In Far Cry Primal you play the role of Takkar, a stone age dude intent on building a tribe and destroying the enemy. In doing so you will craft an impressive array of weaponry using the product of the luscious landscape, and befriend some truly impressive creatures, who are willing for nothing more than a pat on the head and a whistle in the right direction to absolutely destroy any living creature in your path.

Let’s go back a second though and look at that luscious landscape I mentioned. Far Cry Primal truly is a beautiful game.  As a predominantly PC gamer playing Primal on a PS4, I can say with confidence this game looks amazing on the console. The lighting, textures and effects used to depict the stone age landscape are all truly impressive. They create an atmosphere, and more often a sense of foreboding,  that make it a really immersive gaming experience.

It was with huge sense of wonderment that I strolled through these new lands watching the indigenous wildlife go about it’s daily business with impressive realism. Watching packs of wild dogs work together to chase down their prey, and panicked deer slip through the long grass just as I’d seen on nature programmes was very impressive. If like me you are used to seeing such realism spoiled by graphic glitches and poorly implemented animal animations, be prepared for some truly luscious and enjoyable eye candy.  This fantastically enjoyable immersion is spoiled for some by a few gameplay additions that break you out of the stone age scenario that the graphics work so very hard to immerse you in. However with a few gameplay tweaks in the settings, it is possible to remove such gameplay assists and play the game like a true caveman, in a living breathing totally immersive world. 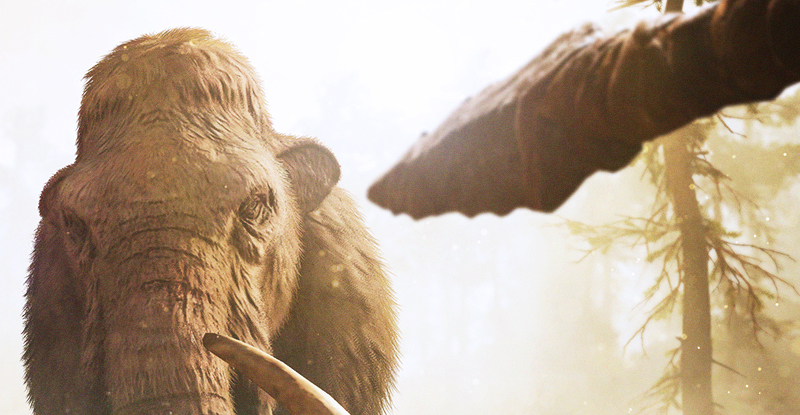 And a caveman you are, a caveman that speaks a language we’ve never heard before; thankfully subtitles are there to save the day and keep you hooked to the plot as you club, sneak and stab your way to success. Did I say “sneak”? Yep, this is another title from Ubisoft that uses sneak attacks, and great fun they are too. Of course it’s super rewarding to let loose an arrow and see your prey fall to the ground with a one-shot head kill (better than the circle dance fest that a good old clubbing calls for), but there’s still little to beat sneaking up on your adversary from the rear and launching a surprise attack that leaves his body lying slumped in the undergrowth, ready for you to plunder his loincloth for goodies.

Which takes us to combat, stone age style combat. How is a gamer to manage without a scope to sight out the enemy clear across the lake? Or a mini map with the enemy handily highlighted as a set of bright pixels? How are we to manage without first aid for those fights that went on just a bit longer than you had hoped? How is a stone age man going to cope without all these modern day luxuries? Quite quickly in Primal, this conundrum is revealed, as all these features are here, just cunningly re-imagined into the stone age setting.

Your scope is actually now an soul switching owl, allowing you the luxury of zooming in on your target to assess how well armed and numbered they are. Mini map? Yes it is here, but more than a guide to your next mission priority, it does a splendid job of letting you know where to hunt for some deer skins, or find that elusive plant you need for your next crafting project. Following your enemy is simply a case of pressing the right button, and your hunter instinct reveals the path they took, allowing you to track them down and exact your revenge. Gamers will either revel in the open gameplay these features allow, or as mentioned before, turn them off for a more hardcore experience. The fact that Primal allows this type of player choice gets a massive double thumbs up. 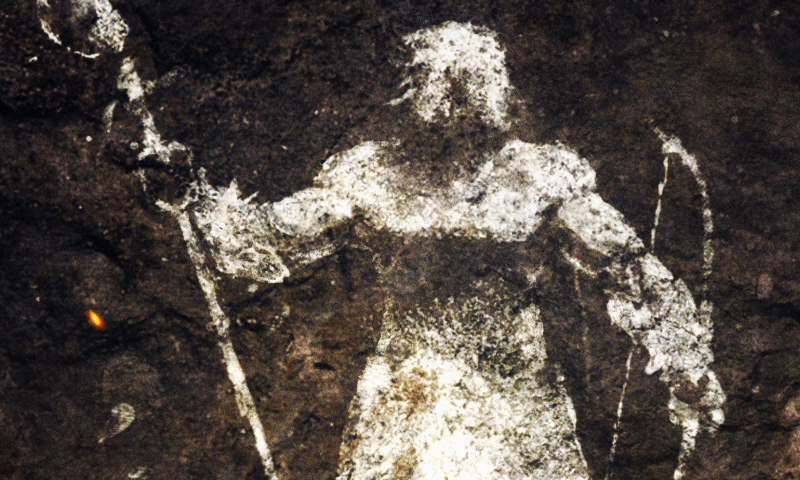 For me, I’m not particularly fussy about playing the game like a true knucklehead caveman, I’m all about enjoying the experience, so it’s up in the sky for another owl flight around this gorgeous valley, and another days hunting with my best pal the white wolf. Aside from flying around and befriending wild animals, what is there to keep a caveman entertained without Tivo? Quite a lot actually. While core missions that involve assassinating rival tribes are essential for plot progression, there’s much fun to be had in side missions that include exploring caves, rescuing captives, hunting and crafting. The first time I opened the crafting tree it was with a sigh of disbelief; was this really going to degenerate into a botany expedition to find rare plants just so I could make another first aid potion? Thankfully not, as once the crafting tree became more familiar, it became a carrot enticing progress to unlock new features, rather than a frustrating gameplay necessity. A caveman’s day is never boring, not in Primal.

There is a fair amount of comment on Primal from fans of the Far Cry series. For me though, not having played ANY of the previous far cry titles for more than an hour or two, I can only judge Far Cry Primal on what it delivers, and not in the context of a series of games. From this standpoint, Primal is a hugely enjoyable game with stunning graphics and immersion. Finally, there’s a lot more to Primal with some great creature interaction and tomb raider type moments, but I was keen to keep this review as spoiler free as possible because you really should play this game. I was determined therefore not to mention the massive fun that is mammoth riding. Damn.

There’s more though, so much more!