Installing and playing Ghost Recon Mods is easy with the Steam version because Steam installs the full game complete with the latest patch.

Here's the procedure, check the screenshots below to see how it works. In this example we are installing the Save Santa v3 mod by Tinker.

** If the mod installer is an exe file and not a zip file, just run the installer and let it install to your C drive, then go to your C drive and cut the mods folder from the Red Storm folder and past it into Steam as detailed above.

The following screenshots show the whole process right from installing Ghost Recon, to seeing the new mod activated on the Main Menu! 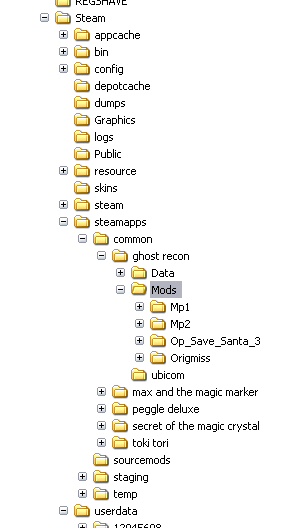 Now activate the mod in the Options screen. 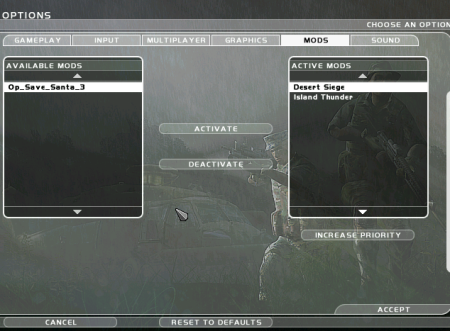 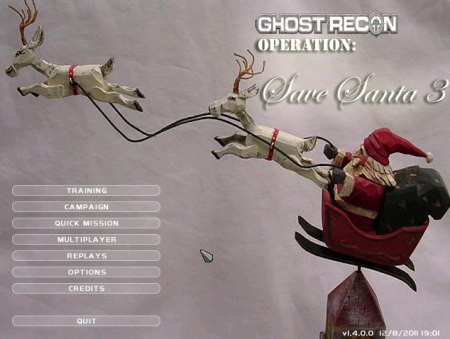