The Predator DLC will be available free around noon GMT+1, until then, check out these comparison shots with movie stills on the left and in game screenshots on the right!

Predator Pack in the store will contain lots of Predator based customisation items including facial paint, equipment (wrist blades!) and the head gear! In addition, some brand new character animations have been added, new sounds and official movie music!

The Ultimate Hunt mission involves tracking down a witness who has details on the Predator, before setting off to investigate 3 different areas of the Bolivian jungle.

There is also a new PVP class called The Predator, however this is in name only, there will be no predators running around in PvP! 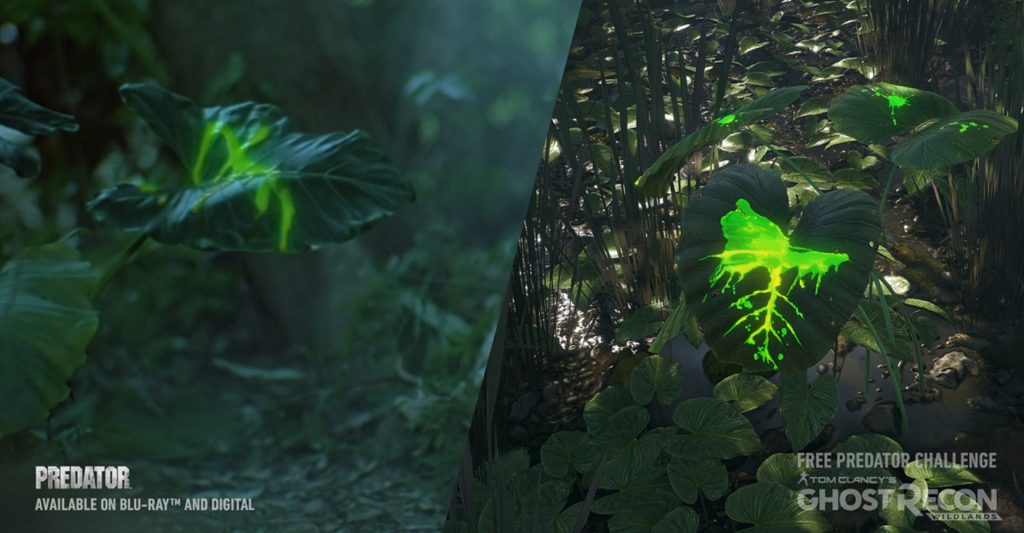 In this shot we can see how close Ubisoft have managed to get Wildlands to look exactly like a still from the movie where we see the predator blood. 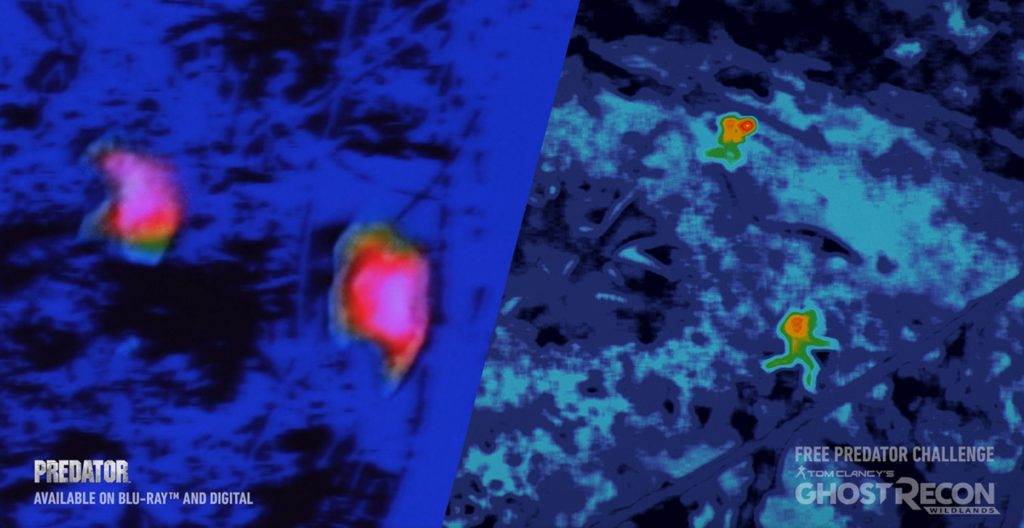 Thermal vision from the movie is compared to the in game representation in the above image. 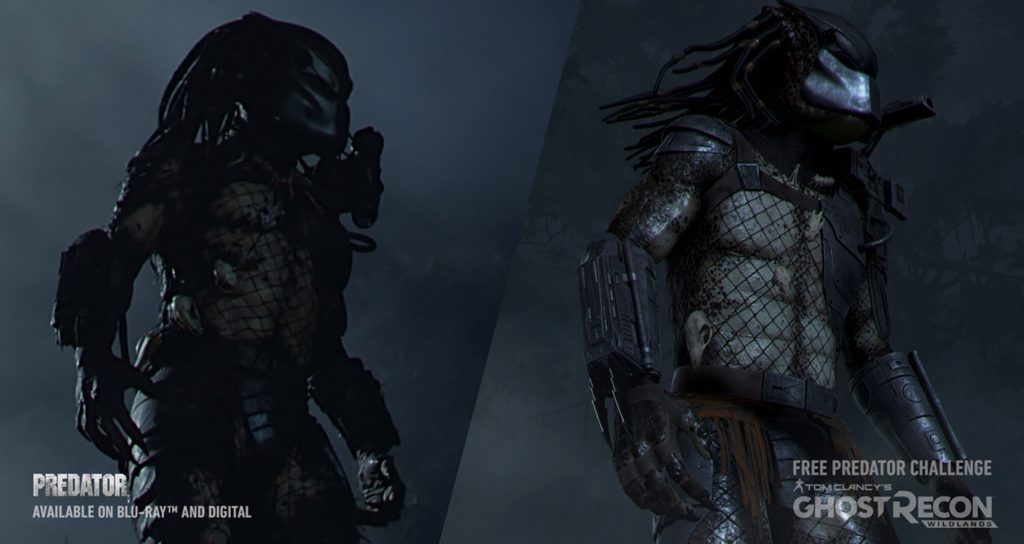 Ubisoft’s reveal image with the movie predator shown next to the in game Wildlands representation. 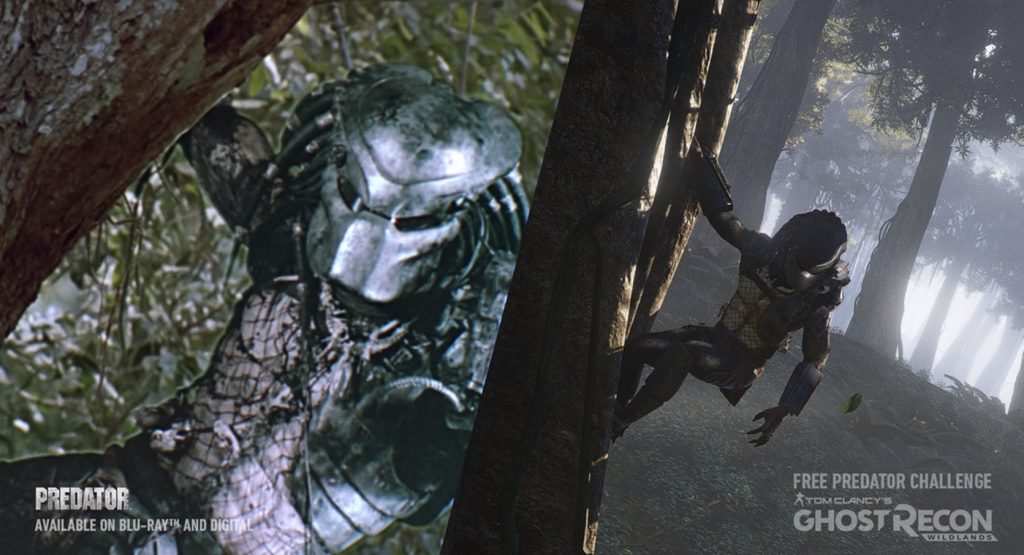 Another shot of the Predator in Wildlands!

Full Press Release with all the details HERE.