The Good, The Bad and the Ugly – Wildlands E3 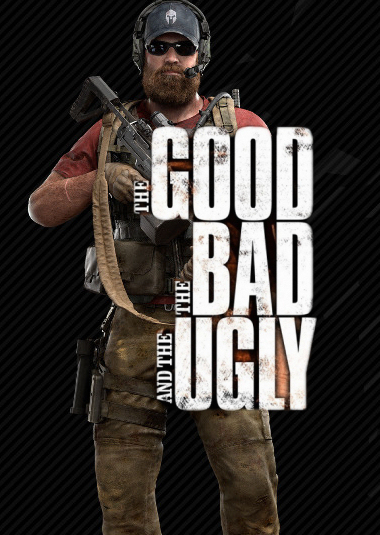 What did the mainstream media make of all the new media Ubisoft released for Ghost Recon Wildlands at E3, and their experience of hands on co-op play?

Here a snapshot of the Good, the Bad and the Ugly!

Preferring understatement for headlines, twinfinite referred to Wildlands as “a Game With Shooting In It” which is kind of like saying Snickers is a bar with chocolate in it. Still, they conclude that it’s “fun if you’re playing with friends”

It’s “Tom Clancy Meets GTA” says IGN, revealing a round 100 story missions  for the Ghosts to attempt in single player or co-op, and summising that “Wildlands’ co-op sandbox action could be just what’s needed to haul the Ghost Recon series out of the shadows”.

“meant to be played together” hails Polygon, with reader comments “seamless coop is nice” and ” it does look great“.

“only your friends can mess it up” warns gamesradar, before getting it wrong by referring to Wildlands as “cover-based shooting” but closing with a fair point saying that Wildlands is “the kind of game that immediately makes you start forming a list of who you want to play with”

“female soldiers” exclaims PCGamesN in their headline before detailing interesting character customisation options in Wildlands and promises of pushing the boundaries on each of the 3 major platforms.

“Mega Open-World” said Kotaku, before unwittingly referring to just about every Ghost Recon fan by saying  “if you’re the sort of person who’s into “cool coordinated teamwork”

“A wild time” recalls ausgamers, calling their hands-on “pure fun”, not once, but three times over.

“22 Things we learned” headlined Gameinformers piece, sticking to the  “Headlines must have lists” rule, that so many news sites adhere to these days, forgiven however as it’s a pretty on-point bullet list!

“Feels Anonymous” says Digital Times, concluding that “Although Ghost Recon: Wildlands played well, I didn’t walk away with a feeling like it had its own unique brand our identity yet.”

“Needs to Do More” says SegmentNext, who place Wildlands somewhere between “Okay and Good”, which is not really good enough, so it makes our Bad List!

“Ghost Recon Wildlands is underwhelming” moans destructoid explaining that “…Ghost Recon, … think tactical. …not a word I’d ascribe to Wildlands” concluding that their playtest left them feeling that Wildlands “lacks a soul”.

Gaming Bolt listed Wildlands in its “Top 5 Embarrassing and Worst Moments of E3 2016“, due to “horribly scripted co-op play”