Ubisoft have been clear about bringing something new to the franchise with Ghost Recon Wildlands; there’s a new massive open world to explore, new environments, new drop-in co-operative play, new bad guys, and a living breathing world where the Ghosts actions will impact on the immediate situation and the emerging story.

E3 2016 brought another new feature into the discussion – Wildlands character customization. This would be a first for Ghost Recon, never before have players had the opportunity to customize their Ghosts appearance- but who really cares? Let’s ask Google…

35,000 results for a search on “wildlands character customization” would seem to evidence a very healthy interest in the customization of Ghost characters. Making your player character look like your favorite movie action hero, or even like yourself is not something new to Ghost Recon as back in 2001 fans were already putting their personal stamp on the game with custom character mods, such as our own Ghost Recon Net Staff mod.

Games that do not support built in character customisation are having this void filled by custom modifications, and even games such as ARMA that eventually included such a feature still have fan created mods adding further customisations (see Project Life for Arma3)

Not all genres benefit from this level of personalisation though; you would not expect to see a character customizer in a platformer for example, so which genres attract this level of detail and why?

Probably the most insane level of character customization is reserved for RPG titles, but this feature has crept into many mainstream titles with a surprising amount of detail.

With Saints Row 2 THQ offered up an almost endless amount of character customization tweaking thanks to its use of 1-100 sliders in addition to preset features, allowing players to fine tune their characters appearance to an insane level of detail to body shape and muscularity. This game requires players to visit hair salons to customize their hair style, not something we’d expect to see in Wildlands! Interestingly Saints Row 2 does not distinguish between male and female settings, as none of the options are gender locked – whether this total freedom will appear in Wildlands we’ll have to wait and see. With Saints Row IV things just went crazy on customization with the introduction of Steam’s Inauguration station which allowed  all sorts of freedoms, and access to 1000’s of downloadable characters. 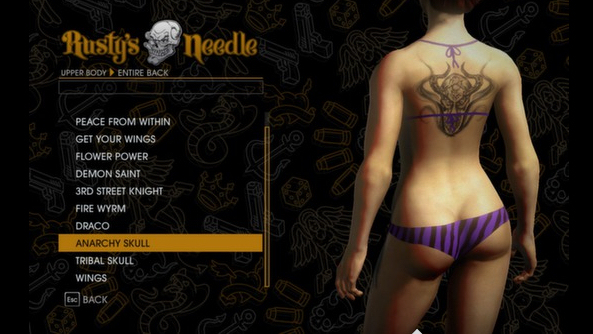 One of the biggest drawbacks to character customization in some games is that you never (or rarely) actually get to see your character. Eve Online suffers from this, but it didn’t stop CCP including a detailed and well used feature. Just take a look at this video showing the amount of detail that is available in sculpting an Eve Online character.

Why would anyone spend hours creating a meticulous in game character that nobody else is going to see, or hardly notice? However people do, because they want to immerse themselves in the game, and remove themselves from the real world for the duration of their gaming experience.

In Wildlands however your custom creations would very much be seen, by your co-op team mates, which makes Wildlands character customization a very different prospect than games such as Eve Online. Wildlands gamers might very well jump at the chance to adorn their character with special kit such as oakley sunglasses or tactical gloves and vests from popular suppliers, but will they care if their character has tattoos, scars on their face, blue eyes, or any other characteristic that Ubisoft’s dev team can dream up?

There is a lot of interest in the news that Wildlands will have a female character, with customization, and as SCAgent points out in our forums here, it would also be useful to have a set of default characters to adopt.

While customizing characters clothing with a range of military options would be extremely cool, would an almost endless range of facial customizations as seen in the above titles be welcomed in Wildlands, or would it be click-to-skip overkill? Having the option to kit your in game character out as a Ghost is something that’s been talked about since Wildlands was announced so there is evidently a section of the community hungry for the feature, and you can see this in AmperCampers comments section for his Wildlands Youtube video on the subject…

For another aspect of gameplay that encourages customisation it’s worth considering racers such as the Grid series of games. In racers the characters are replaced by cars, and developers have been building in car customisations for years with masses of differing decals and customisation options. The incentives here though are multiple :

See this Team RAC BMW into GRID for example

And it is this final point that does have a bearing on Ghost Recon; in the original Ghost Recon small replay files were created that allowed the completed mission to be re-run, like a movie. During this players could enjoy their own character customisations. In Ghost Recon Wildlands the option of a mission replay is remote if previous games in the series are an indicator. With no replay controls therefore, the incentive to customize characters diminishes. Shadowplay and fraps can go someway to countering this, although they cannot match ingame controls.

Finally, if you have two hours to kill, here’s a mammoth reddit thread on the subject of character customization in games.

There’s a lot of buzz about this feature in Wildlands, what do you think, does Wildlands need this, and to what degree? Let us know in the forums!