It’s seven clear days since Ghost Recon Wildlands was released, time to take a look at the best of the best reviews, and some sales statistics.

Ubisoft have already announced that the Wildlands Beta’s outsripped any previous participation levels, topping even interest in The Division exactly 12 months earlier. This week, sales charts echo that statistic with Japanese digital stat-house Media Create revealing that in Japan Ghost Recon Wildlands PS4 sold 89,791 copies in its first week compared to The Divisions first week which was an already impressive 80,703.

Steam reports just under a quarter of a million Wildlands sales in the first week, with a “Very Positive” rating for owners, putting Wildlands at the top of its sales charts for released games.

On YouTube, Wildland’s is responsible for upwards of 50 new videos every day resulting in over 5 million views last week alone, as fans post a mix of comical scenes and beautiful vistas and tactical play. 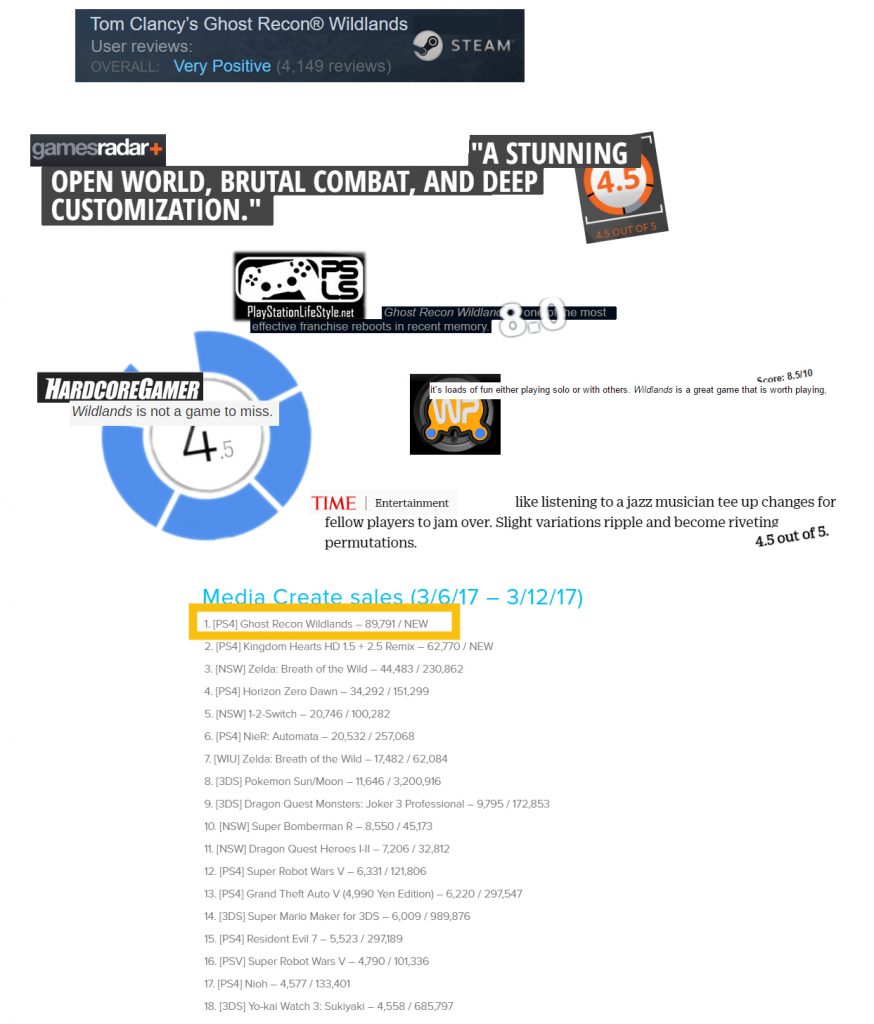