Yves Guillemot and his four brothers were all involved in creating Ubisoft back in 1986, now Gerard Guillemot has been named as the new CEO of Ubisoft Motion Pictures. Gerard replaces Jean-Julien Baronnet, known for his work on the Rabbids Invasion TV series.

With Michael “Transformers” Bay on board Ghost Recon fans have high expectations for the Ghost Recon movie when it is eventually released.

Gerard brings years of experience from his previous positions with Longtail Studios and Gameloft in addition to his previous work at Ubisoft to their Motion Pictures division.  No stranger to gaming crossovers, prior to Ubisoft acquisition in 2015 Gerard’s Longtail Studios produced Grey’s Anatomy The Video Game.

While Michael Bay’s involvement may have had some Ghost Recon franchise fans concerned that it might stray from it’s roots in realism to a more sci-fi orientated film were somewhat comforted by a Ubisoft Studio quote to the contrary…when Jean-Julien Baronnet stated “it’s very grounded. It’s not sci-fi.”. 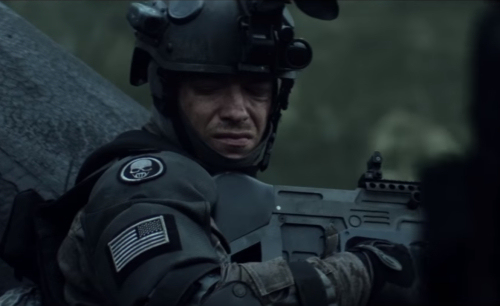 Ghost Recon The Movie is due out who knows when! But we are on the edge of our seats for more news on this movie and will be posting more on this soon!

Oh, and in case you are wondering, the images used in this piece are from the well received 2012 Rhea Scott (Ridley Scott’s daughter-in-law) Ghost Recon short, shown below in full!