Ubisoft announced Ghost Recon Frontline October 6th 2021 with a closed beta sign-up available to all major platforms. The great thing about Ghost Recon Frontline is – THE ONLY WAY IS UP! This is due to the damp squib of an announcement that left many people wondering just what was going on with the Ghost Recon Franchise, so let’s break this down….

That’s the launch gameplay video right there…. and this is the reaction after 24 hours

This is the 20th Anniversary live stream that announced Frontline…

And it didn’t stop there, streamers went to town on this release video.

Here are the main gripes surrounding the Frontline announcement.

This game has nothing to do with realism or Ghost Recon at it’s tactical roots.

To release this as part of the Ghost Recon 20th Anniversary celebrations is just rubbing salt into an aging wound. I can’t even bring myself to watch the gameplay video again to list  a blow by blow of just why this is so wrong and why it should not be part of the Ghost Recon franchise. Sequels are cash cows for publishers, we all get that, even Guy gets it. But there comes a point when bashing that cash cow to within an inch of it’s life becomes self defeating. HELLO UBISOFT? Your fans have been telling you this for years, but you keep on keeping on with your own agenda….

Frontline sounds like BattleRoyale tagged onto an award winning tactical franchise because “BattleRoyale” is a buzz theme – except its 3 years too late for that trend. And it has no relevance to Ghost Recon. If Ubisoft had called it something else, they could probably have wiped out half of those thumbs down votes because fans would be looking at the game instead of the franchise it is destroying.

WHAT IS HE DOING IN THIS VIDEO? I shook Mr Danksy’s hand (pre COVID) because he is behind the narrative of the original and great Ghost Recon 2001. Richard is the only authentic Ghost Recon part of this video, and the sad thing is – he’s been wheeled in to try and give Frontline some authenticity when the reality is, no backstory is going to recover from giant assets falling from the sky like they fell off Santa’s heavy armoury sleigh.

In the reveal video, they talk about the fans, and they show fans being apparently being consulted about Frontline. 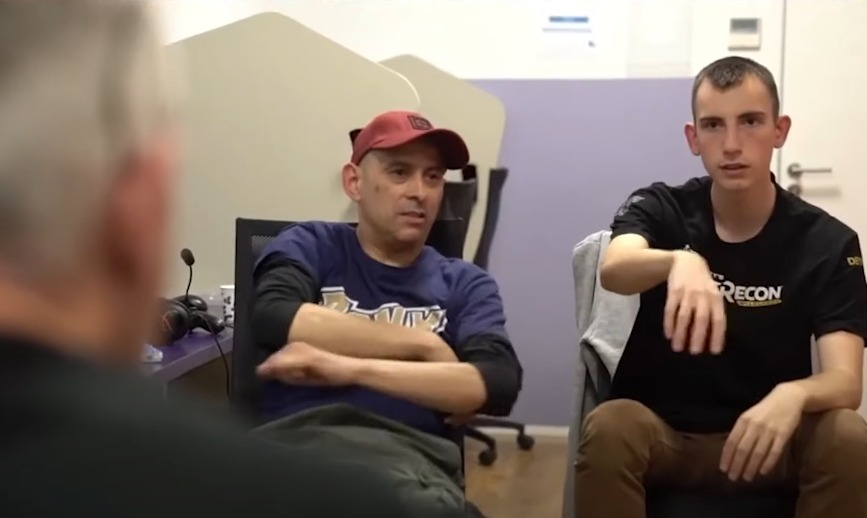 The problem is those are my friends and I can tell you they have no knowledge what-so-ever about Frontline. Those video caps are actually from a Ghost Recon Breakpoint workshop, years ago. Misleading at best….

I’m afraid it’s off to the back of the line for Ghost Recon Frontline, unless Ubisoft can make one epic of a turnaround.

Still want to join the closed Ghost Recon Frontline Beta? Be my guest….sign up here.