Home » Other » The History Of Video Slots

The History Of Video Slots

Over time, video slots have evolved a lot with players now able to enjoy their favourite slot games on their mobile device. In the past, slot machines were large and heavy and now some are even able to be played on virtual reality headsets. This is really quite exciting, and it shows why these games are now so popular with casino fans around the world.

Here, we are going to look at the history of video slots. Keep reading if you’d like to hear some more about these exciting slot games.

The first slot type game was invented by Pitt and Sittman in New York in 1891 but this machine was a far cry from the type of video slot games that we have now. The original slot game had five drums which could be seen as reels today and there was a level that was used to spin them. The first slot machine came with 50 card symbols on it which players would hope to match.

It wasn’t until 1891 that the true slot machine was born by Charles Fey in California. Many people believe that this slot machine had a lot more success than its precursor and they named it the Liberty Bell. This slot came with 3 reels and a simple mechanism. If players were lucky enough to win the top prize, they would be able to get their hands on 10 nickels.

It wasn’t until 1907 that fruit symbols were first introduced into these machines when Herbert Mills came up with his Operator Bell slot machine. Mills was in direct competition with Fey who couldn’t produce these machines fast enough.

In 1963, the lever on slot machines was removed when Bally Manufacturing came up with the first electromechanical slot machine which could payout as much as 500 coins. 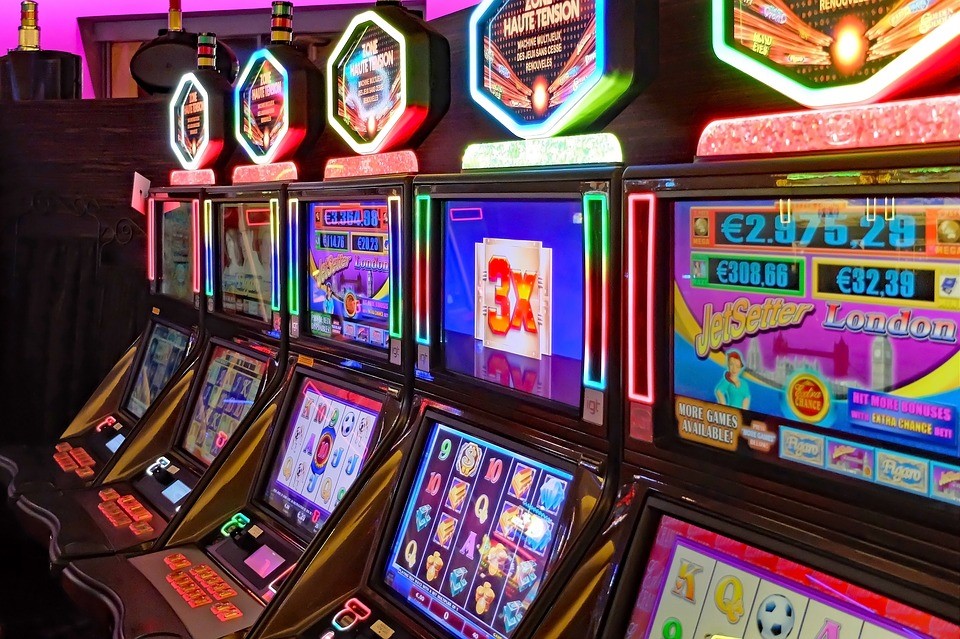 The first time we started to see video slot games appearing was in the 70s in California. This machine came with a display that was mounted on the cabinet and it was quickly approved by the Nevada State Gaming Commission. The people behind the technology that created these video slot machines were Fortune Coin Co. Interestingly, this company was bought over by popular games developer IGT in 1978.

While video slot games were increasing in popularity, it wasn’t until 1994 that the first online casino was created. You might have already heard of the developer that came up with this casino as they are called Microgaming and still create slot games to this day. Once online casinos were up and running, more people started developing slot games for these sites. These new sites did a lot for video slots and their overall popularity with the public.

If you consider yourself an online slot fan, then you’ll know that video slots are constantly evolving. Developers like Microgaming, RTG and many more are coming up with innovative themes and bonus features that make their games stand out against the crowd.

While in the past, slot games would have been as simple as having a few paylines and reels, they now come with thousands of ways to win, chances to win free spins and much more. Video slots can also be made with sequences at the start which help to set the scene. The technology is constantly evolving and any company who is not keeping up will be left behind.

For those looking for new video slots to see how they compare to those when they first began, we suggest taking a look at the best videos slots at planet7. These slots come with a variety of different themes and some even have progressive jackpots that will be paid out to a lucky player.

Most of the casinos that you visit online will have hundreds of slots available for you to play and this is growing every day. It is clear that video slots have come a long way since their first release.

The Future Of Video Slots

With the video slot games that we have today already being so advanced, it can be hard to imagine games that are even better. Of course, you will find that there is still a lot of room for improvement and the creative minds behind the most popular games are already coming up with ideas on how they can improve.

In the future, we expect video slots to feature more 3D action. Some slots already have 3D design but there is much more potential for these slots to improve. We also expect virtual reality to play a huge part in slot games in the future as the technology becomes more mainstream. Casinos are already letting their players enjoy their favourite casino table games using VR so why not have the reels spin right in front of your eyes? Keep an eye on VR in video slots as this could become a lot more exciting in the future.

It is clear that the format of video slots and the way in which they are made has changed a lot over the years. While the first slot games were not video slots, they were an indication of what was to come. Make sure to keep an eye on video slots in the future and see how they evolve and develop over the years. We expect to see virtual reality and 3D appearing more often as developers improve their skills and give the players what they want.

Now that you know about the history of video slots, you can go ahead with playing some of them and see just how fun they really are to play.