Best-selling novelist Tom Clancy wrote some of the most fascinating and technically detailed military novels the world has ever seen. Readers around the world have bought more than 100 million copies of his books, while the success of games based on them has been just as impressive.

This is just part of a growing genre for military simulations and other games based on armies and wars. How do the titles based on Clancy’s novels fit into this growing category? 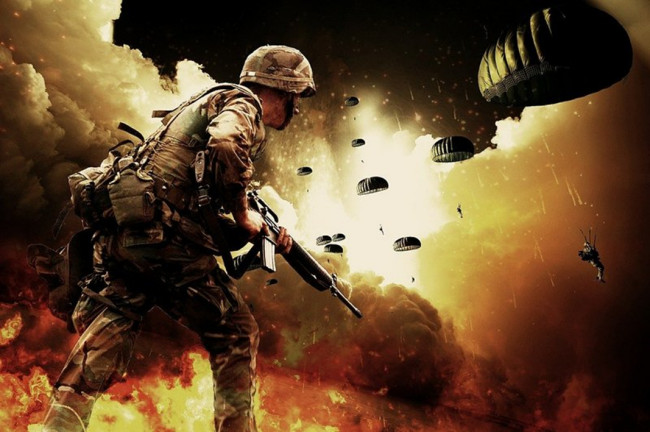 When video games company Ubisoft reported its earnings for the first quarter of 2020, they confirmed that 11 of their titles had each sold over ten million copies for the current generation of consoles (PlayStation 4 and Xbox One).

There were three Assassin’s Creed games right at the top of the list. Another fact to catch the eye was that there were a total of four Tom Clancy-related titles on their list. Top of this group was The Division, which was released in 2016 and is set in a future version of New York.

Next was The Division 2, which came out in 2019 and was generally regarded as being an improvement on the first game. Like the original, it can only be played online and is a third-person shooter. This was the best-selling title in the UK the week that it was released.

The other Clancy titles on the list from Ubisoft were Ghost Recon Wastelands from 2017 and Rainbow Six Siege, released in 2015. Both games are tactical shooters, and they were exceptionally well-received by players and critics alike.

The Ghost Recon series runs from the original title in 2001 through to 2019’s Ghost Recon Breakpoint, which was the 11th in this series and puts players in an open world in the Pacific Island. The Heroes Unleashed mod for the original game still remains hugely popular.

Rainbow Six Siege is based on the Rainbow Six book that came out in 1998 and focuses on CIA operative John Clark’s counter-terrorism exploits. The game features a variety of operatives in different missions, with an emphasis placed on environmental destruction and close-quarters combat.

These titles are part of an overall trend for tactical shooters and other military games that have seen this genre become one of the most popular in the industry. One good example is the realistic, open-world ARMA 3, which was released by Bohemia Interactive in 2013 and is possibly the best in the ARMA series of games.

We can also see the military theme in the slots game genre. The review of War Zone on the VegasSlotsOnline site reveals that it is a five-reel title set in a war-stricken desert. It features military equipment such as tanks, grenades and helicopters among its symbols.

Meanwhile, the SWAT series from Irrational Games gives players a tactical, realistic approach to solving complex stand-offs with military tactics. SWAT 4 from 2005 is particularly well-regarded by players for the exciting single-player and multiplayer missions it offers.

Another different approach is taken by Total War games from Creative Assembly. This is a strategy-oriented series where players control their armies using alternate turns. Total War: Warhammer was the first in the series to use fantasy armies in a mythical setting, rather than historical settings. 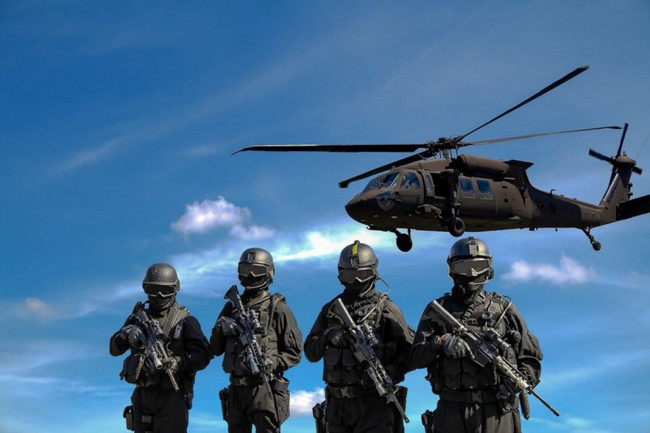 Why Are These Games So Successful?

There is no doubt that players enjoy the thrill and the tension of military-based action. The constant action and the intensity of these games mean that they appeal to anyone who wants to feel completely immersed in a vivid adventure.

Huge maps, multiplayer options and highly realistic graphics are common in this genre. This means that military buffs can practise their tactics in a life-like setting where every move is rewarded or punished realistically.

Naturally, not everyone prefers exactly the same approach. Some players prefer the tactical, strategic approach of many of the Tom Clancy-inspired games. On the other hand, the less realistic, arcade-style military games are hugely appealing for many other gamers.

The increasing diversity of the gaming industry means that there are now army-style titles for every taste. Those that are based on Tom Clancy’s much-loved books will continue to be extremely popular, but anyone who wants to try a different approach will find something to suit them.