Home » Other » Homefront: The Revolution – This Is Philadelphia

Homefront: The Revolution – This Is Philadelphia

Homefront: The Revolution is an interesting game, a game that appeals to first person shooter fans with a liking for more stealth than guns and glory – not dis-similar to Ghost Recon. That’s not the only similarity though as Homefront presents a huge open world to play in, although perhaps not as detailed, extensive or alluring as Ghost Recon Wildlands, or Ghost Recon Breakpoint.

Like the Wildlands of Ghost Recon, the map is broken up into specific zones, with Homefront offering 8 zones to clear as you progress through the campaign story. But to get a feel for what is on offer, the trailer Homefront: The Revolution – This Is Philadelphia is worth watching.

When the video starts we are reminded that Homefront The Revolution comes from Dambuster Studios, the very studios that the impressive Crysis series of games came from. Crysis was an incredible success for the studio, with games from the series often reaching in excess of 90% user satisfaction – not an easy task in the gaming industry. While Haze did not quite reachthe same level of acclaim for the studio, their Timesplitters series was also extremely well received.

So on with the This is Philadelphia trailer and gamers are immediately thrust into the campaign story – a story of rebuilding America in 2029, complete with curfews, soldiers on the streets and residents feeling like hostages in their own city. A revolution is brewing and an all out war is about to break out on American soil.

The aforementioned zones are mentioned but it is the Yellow Zone where the focus of this trailer lies. In the Yellow Zone the player is required to blend into the crowd, not unlike Ubisoft’s Watchdogs, striking when the opportunity arises. This isn’t the only similarity with Watchdogs though, as the player will have to develop a number of skills including hacking in order to succeed in their mission. 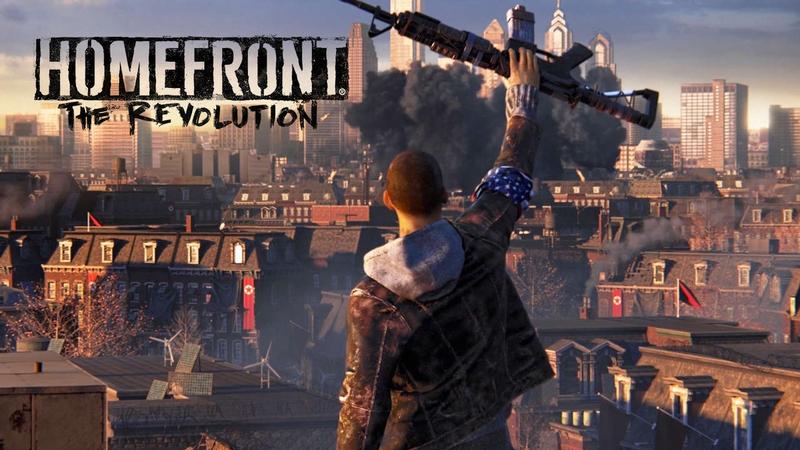 Guns, explosives, stealth, hacking – is a gamers delight as the revolution ramps up it’s efforts to regain control of the district! With mostly positive reviews and available on all major platforms, Homefront: The Revolution is a pretty safe bet for anyone who likes the sound of the story, cracking visuals and some heavy firepower. The zones and cities are beautifully depicted creating an atmospheric real world experience, so real you might have expected to stumble upon abandoned shopping malls, internet cafes and an online casino pa.

For gamers on the PC platform, this is a demanding title however and even high end PC’s may benefit from toning down some of the advanced graphic settings. The boost to frame rate doesn’t come at the expense of pretty visuals, so make sure to experiment in the settings section before dismissing any performance issues.

Technicalities taken care of the games takes players on a fast paced campaign complimented with many side missions. Completing these missions will require the player to craft equipment from scavenged parts. Talking about parts, this game has some great weapon modifications the player can use to create weapons tuned to their preference. While the range of weapons may seem fairly limited for a first person shooter, the range of attachments is excellent and adds a further dimension to the gameplay.

All things considered, Homefront: The Revolution is a solid game that provides good value for more and some memorable gaming moments wrapped up in a convincing story – check it out!