Since the launch of Rainbow Six Siege, and continuing with Ghost Recon Wildlands, Ubisoft have made a new commitment to the longevity of their AAA games. This is part of their new plan to develop games as a service, rather than a one hit wonder on sales day, never to be seen again.

This new strategy has paid of massively for Ubisoft. Rainbow Six Siege has turned from a launch year mediocre title, to a post launch huge success. Siege e-sports have been massively popular lately drawing huge crowds at live events and advertising large sums of money in prize funds.

Ubisoft have developed easy to understand and useful web interfaces to encourage participation of teams including :

Talking about improving – Ubisoft have also created a fantastic learning centre called the R6 Academy. This is a superb resource that is especially useful for new players trying to get over that early learning curve. Siege has so many tactics thanks to the different operators, equipment and maps that it can be bewildering for new players, and for some it is a barrier to entry. The Academy resolves this issue with a tremendous amount of useful information on playing and winning Siege.

Ubisoft describe this learning centre as “a community platform to learn and share together“. A quick browse around the tutorial videos bears this out; the first one is called “Top 5 Things Beginners do Too Much” – one of those might be “dying”, maybe not!

Progress in Siege is awarded with about 20 ranks. When players play in ranked games, their skills are compared to other players and a special award is given to ranked players at the end of the season depending on their progress. This is another superb way of encouraging good clean competitive gameplay.

These are three of the ways the Ubisoft have support Siege and turned it into a massively popular e-sport. 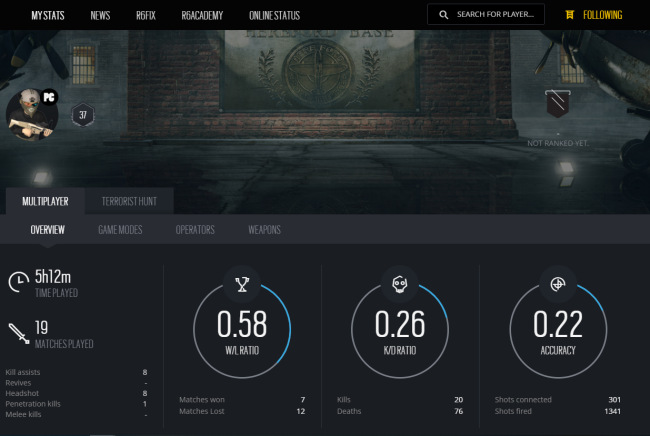 So what about Ghost Recon Wildlands. Of course, Wildlands arrived without any player versus player (PvP) mode at all – it was purely single player campaign, or co-op missions. But in the same way that Ubisoft turned a lacklustre Siege release, they have really pulled it out of the hat with Wildlands by releasing Ghost War mod – a free PvP DLC for Wildlands.

In Ghost War players can play in 4 v 4 competitive games on a selection of appropriately sized maps. Ghost War is already proving to be very popular and gamers are excited to see  how it develops. Certainly if Ubisoft support Ghost War PvP with the same level as resource dedicated to Siege multiplayer, Ghost Recon fans are in for a superb treat!

This will create an interest in the creation of new clans, seeking to forge alliances and friendships that coordinate and train together with the goal of becoming the best of the best, Of course now is a great time for gamers to start creating clans, when Ghost War takes the next step and becomes a fully fledged e-sport with prize money, interest levels will go through the roof.  You have to look back to the days of other shooters such as Joint Operations and Battlefield, and Call of Duty 4 when clans first started getting their act together and organising themselves on a massive scale.

In order to attract new players of good calibre, clans need to show they are serious and act professionally. In order to do this they need to have good infrastructure in place, good comms, a good hosting platform for the website and a good stable internet connection. If you go back to the days on the first Tom Clancy games, Roger Wilco was the comms platform of choice. More recently Teamspeak offers an extremely flexible system for clans and Discord has become the next big thing in comms.

The fantastic thing about all of these requirements is that it does not have to be expensive at all! Teamspeak servers are available for a few dollars, Discord is free and a hosting platform for a clan website and forums can also be found for just a few dollars a month. For example take a look at Hostinger VPS, all the benefits of a virtual server for a few dollars a month – perfect for hosting clan sites.

Whichever route clans take to form, learn, grow, compete and win, one thing is for sure, Ubisoft is supporting this growth and with the commitment of the fans, this is going to be a fantastic ride!