Amazon Prime  members already enjoy some sweet benefits for their annual subscription, including unlimited next day delivery (UK, USA = 2 day) on most purchases (7 days a week), unlimited access to over 1 million songs on Prime Music, and of course Prime Video with thousands of movies and TV episodes with unlimited instant streaming and downloads for free to your mobile devices.

As if that was not enough, Amazon are now bringing their Twitch gaming arm into the Prime fold with unique and exclusive Prime benefits for existing and new subscribers. Back in 2014, Amazon bought Twitch in a $970m deal.

Twitch Prime is a premium experience on Twitch that is included with an Amazon Prime membership. Twitch Prime includes free games and exclusive in-game content, a free channel subscription every 30 days to be used on any Partnered channel, ad-free viewing on Twitch, exclusive emotes, and chat badge. Plus, get member pricing on new release box games on Amazon.

So what do we get with Twitch Prime? 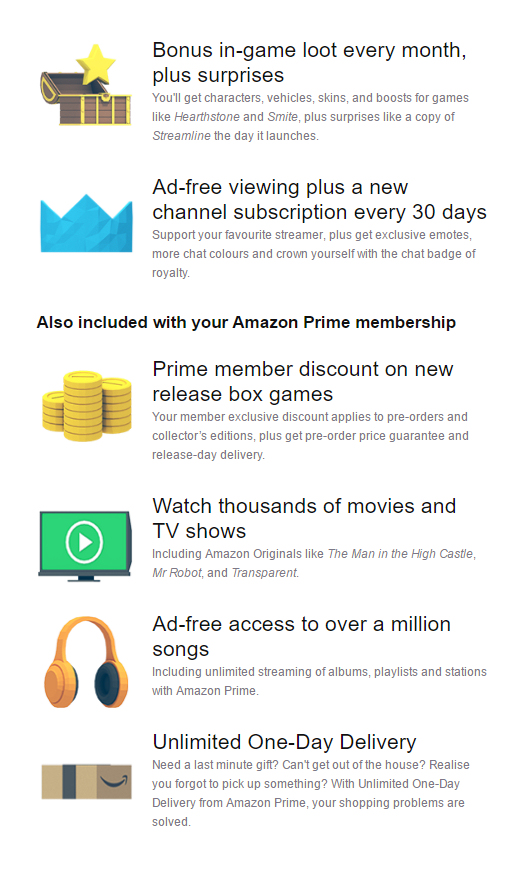 And this is where the first benefit for Ghost Recon fans comes in! Twitch Prime members will receive member only discount pricing on new games, including Ghost Recon Wildlands. 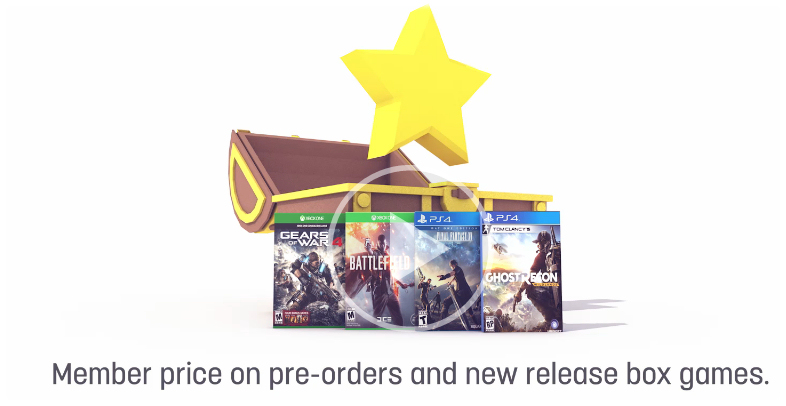 Prime members purchasing Ghost Recon Wildlands will have release day delivery and an automatic Twitch Prime discount applied to the game at the checkout.

So that’s how you are going to save money on Ghost Recon Wildlands, but what else is coming? This is where it gets interesting… enter Twitch Stream+

Twitch Stream+ is a virtual currency that players can use to rack up points simply by watching game streams. The currency earned can be used in “polls and wagering” or be spent to redeem items to use in games.

This creates an opportunity for some interesting game tie-ins and exclusive game content. Ubisoft have not confirmed exclusive in game assets for Twitch Prime members in Ghost Recon Wildlands, however with a Wildlands purchase discount already confirmed, who knows what is around the corner?! At this point, Twitch have yet to detail how the virtual currency will work, however live stream betting on game outcomes has been seen during a Breakaway tournament.

Hey I’m a Amazon Prime member already, how do I get my Twitch Stuff??

Existing Prime members simply link your Amazon Prime account to your Twitch Account on this page as shown below.

Once you’ve done that, you’ll be greeted with this lovely page! 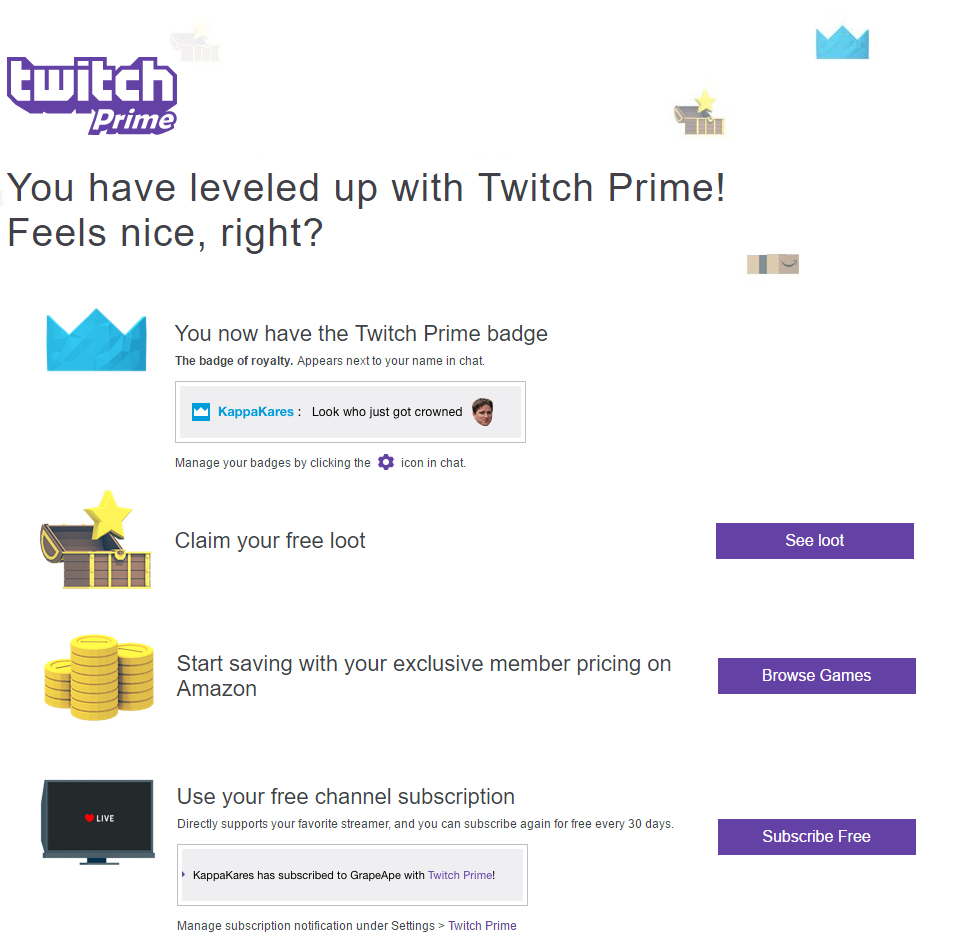 . ( You even get one free Twitch channel subscription during your Free Trial)