When Ubisoft invited us to their first Ubisoft Experience #UbiXP in Birmingham UK 24/25th August it only took a brief look at the planned events to know this was another Ubisoft event not to be missed.

After the weekend was over, we realised that we had taken away more than just an experience, as this event told us more about Ubisoft’s plans for Breakpoint than the 20 minutes hands-on we enjoyed at the event.

Let’s start with the actual game, how did Breakpoint look running on the sixteen PCs in the Breakpoint arena? It looked stunning, there is no better word to describe it. This should not really be a surprise as Wildlands still commands a steady stream of fantastic photo mode screenshots in the Wildlands subreddit and the official game forums. Wildlands presents some amazing scenery and as Breakpoint runs on the same but evolved engine, it’s a banker to expect some stunning vistas in Breakpoint too.

The demo mission running at UbiXP was a jungle scenario not unlike a typical Wildlands setting, but it looked somehow better; “the foliage looks amazing” was typical of comments heard coming from gamers who had queued for a long time to get their first look at Breakpoint in a closed off area of the show.

The character models looked fantastic too, big, detailed and nicely animated. There had been some feedback leaking onto the web that the sprinting movement seemed off somehow compared to Wildlands, however during the half hour I watched others playing, it’s not something that really caught my eye.

Ubisoft event staff told me that the Breakpoint booth had been very busy all day with a steady queue of gamers snaking around the corner and out of sight. When planning 16 PCs running together, they thought they had corrected a previous under estimate where a previous event started with only 4 PCs running The Division Beta. Looking at the queue of impatient Ghost Recon fans, Ubisoft staff were starting to think maybe even 16 stations weren’t enough to satisfy interest in Breakpoint… 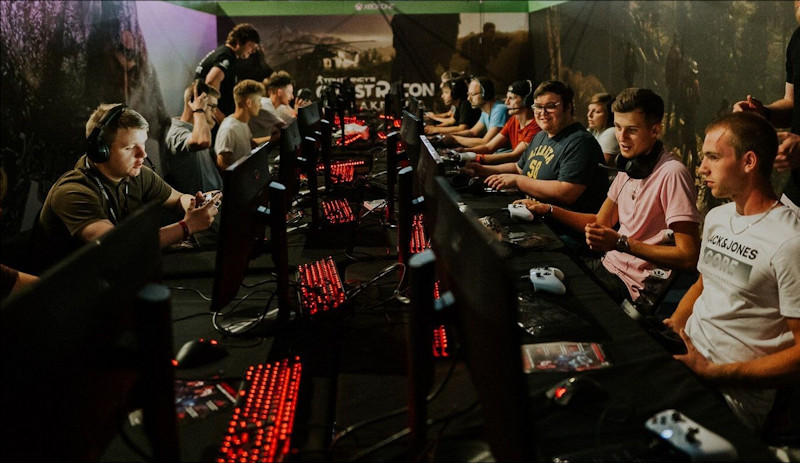 Breakpoint looked amazing, was running smooth, and was clearly being enjoyed by the first people outside of the technical test to get their hands on it. A high percentage of the gamers were already experienced Wildlands gamers – evident because they were the ones completing the beta mission in under 20 minutes!

This was the big take away from UbiXP – the growth of Ubisoft’s impressive community engagement programme.

Engaging with gamers and fan sites is not something new to Ubisoft. Reaching out to fans and inviting them into their development studios might feel like a new initiative, but it really started almost twenty years ago with the very first Ghost Recon.

Over the following years Ubisoft deployed several engagement programmes with varying degrees of success. The important thing is that they never gave up, in fact Ubisoft have continued to ramp up their engagement strategy year on year with impressive levels of investment. Ubisoft have been flying fans all over the world, arranging travel, accommodation and workshops with the sole intention of improving their games.

But that’s not quite true. Fan engagement is not just about improving games – it can lead to much more. Look at these three guys, invited to Ubisoft’s Paris studios as part of Ubisoft’s Star Player programme a few years ago.

That’s me on the left of the photo, and fellow star player ITK5 behind. You might recognise the dude on the right of the photo; that’s @mattshotcha Ghost Recon fan. Matt successfully joined Ubisoft as a community team lead before moving on to Lead Community Developer for @FearTheGun  And Matt is not the only gaming professional that started out as an ordinary gamer – just like you. Ubisoft’s outreach programmes can result in life changing decisions for gamers!

What Ubisoft look for in return is not small pockets of easily impressed fan boys, but groups of diverse individuals who can participate and engage at a variety of workshops. These workshops are designed to gain a gamers perspective of Ubisoft’s plans, in an environment designed to be constructive and fun. The value of this close interaction is not lost on Ubisoft, and they are prepared to invest heavily in this aspect of a games development. The benefits are potentially huge.

I’ve been involved in many workshops in many locations and they are always consistent in their efforts to seek improvements. 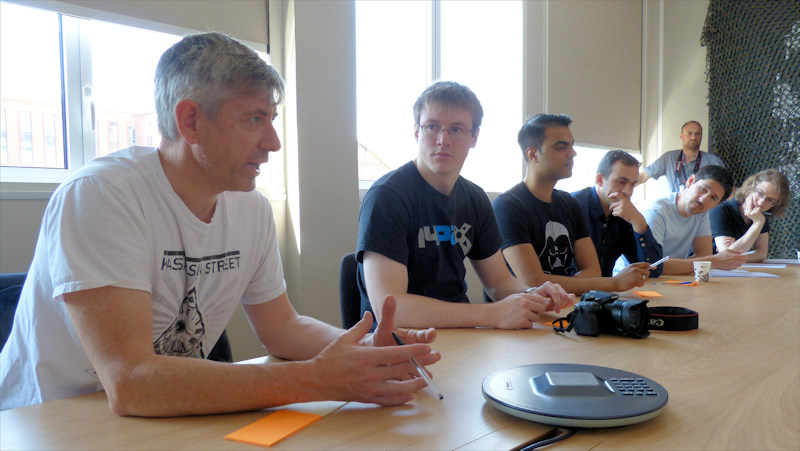 While some of a gamers ideas or feedback may not always make even the smallest of changes, its clear looking around the room at these workshops that developers take theses sessions very seriously. You can see it as they gaze upwards mulling over what they have heard, before busily writing down what they have just heard.  I’ve seen many examples to evidence the weight that Ubisoft put behind what they hear at these sessions.

So how does this ever growing community engagement programme manifest itself with Breakpoint? The answer is two words.

Delta Company is Ubisoft’s latest initiative to engage with gamers. While their Star Players programme brought together gamers and opened workshop based dialogue on pre-launch games, Delta Company seeks to engage with not just the streamers and tweeters, but the general player base at large, and keep them engaged.

The amount of work Ubisoft are putting into this latest initiative is almost mindboggling. As Laura Cordrey explained at #UbiXP, depending on which level of Delta Company fans apply for, they may even receive a phone call direct from Ubisoft to discuss their application. That’s how serious Ubisoft are about Delta Company, and it also explains why fans who may have applied weeks ago, still have not heard about progress on their application. 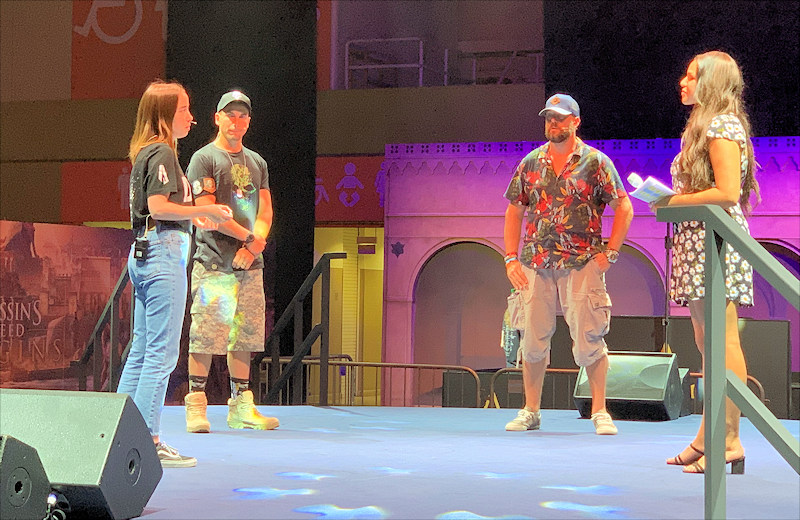 So how do you get in on the action? There are five Delta Company Detachments:

Streamers and media creators will want to head for the Mission Intel Detachment. This group can expect to be among the first to receive new media and be involved in large online events.

Forum regulars with big post counts and wordy, but constructive post histories will want to head for Company Comms Detachment. This group will be lucky enough to participate in Q/A session directly with the developers.

Cosplayers, fan artists and writers are becoming an increasingly popular part of gaming communities. This is recognised by Ubisoft with their Special Activities Detachment. This group can expect encouragement from Ubisoft for their activities.

If you run a fan website or Breakpoint squad site sign up for Team Operations Detachment. You can expect Ubisoft to include you in new media and assets distribution to help with your websites.

If you are a competitive player, and play PVP more than anything, then Tactical Assault Detachment is waiting for you, sign up now soldier!

The good news is, you can apply for more than one position! 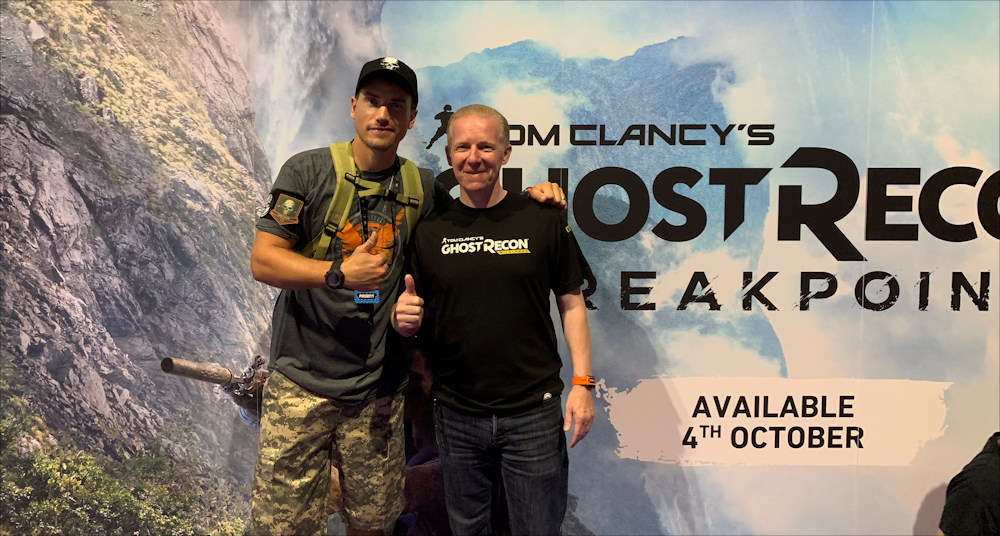